Showing posts from April, 2017
Show all

What Do You See? My First Thoughts About the New Star Wars Trailer 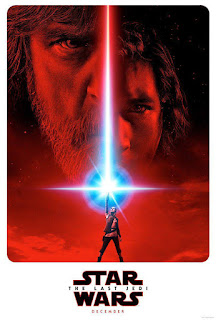 Like many Star Wars fans, I tuned into the live stream of the Star Wars: The Last Jedi panel at Star Wars Celebration. I mostly just listened while I worked, so I'm sure I missed a lot of details about what they were talking about. But when the Rian Johnson, the film's director, said he had something to show everyone, my ears perked up. "We have a teaser-" ( There it is! I though. They're going to show the trailer! ) "-poster," he said, and then revealed the image above. But after a few minutes of pretending they weren't going to show a trailer, they relented to the audience's demands. "Of course we have a trailer!" Johnson exclaimed, as the whole place went wild.
2 comments
Read more

No Power in the 'Verse Can Stop Me: A Review of Firefly: The Game 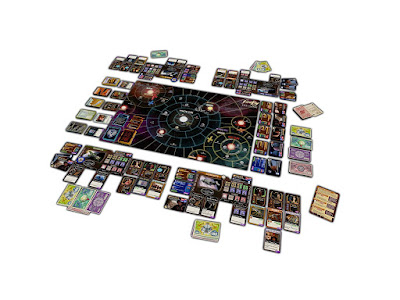 I will conclude my trilogy of Firefly -related posts with a board game review of Firefly: The Game. After I started getting into tabletop games (see my post Adventures in Tabletop Gaming ), I started listening to a board game podcast called Meeple Nation (find out more at their website ). One of the board games they mentioned frequently, and featured on one of their episodes, was Firefly: The Game. As a huge fan of all things Firefly (see my reviews of Firefly and Serenity ), and a growing fan of board games, this game sounded right up my alley. I added it to my Amazon wish list, but didn't think I would necessarily buy it any time soon. One day, I saw it being sold for less than half the retail price, so I quickly ordered a copy. I'm glad I did.
Post a Comment
Read more

Lord, If You Had Been Here: A Reflection on Last Sunday's Gospel 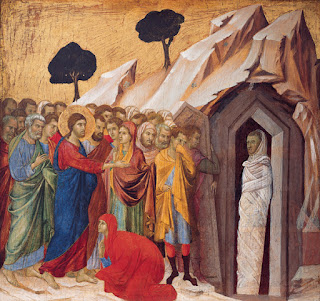 Source: Wikimedia Commons The gospel reading for this past Sunday is the account of the resurrection of Lazarus, from John's Gospel. Once again, I had a chance to assist with RCIA (see my previous post for an explanation of what that is), which allowed me to reflect more on the Mass readings than I usually do. This passage has all kinds of significance for Christians, as it emphasizes the dogma of the resurrection of the body "on the last day." But it also has a special meaning for me as someone who has lost children, because of Martha's statement: "Lord, if you had been here, my brother would not have died."
Post a Comment
Read more
More posts