Showing posts from November, 2018
Show all

Have Yourself a Geeky Catholic Advent 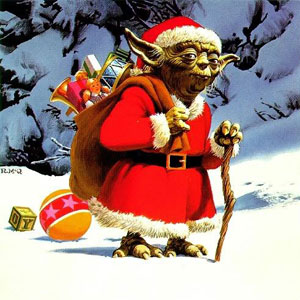 It can be easy to get caught up with all the planning required for Christmas (buying gifts for everyone, preparing to host family members, hosting and attending Christmas parties, etc.), and forget about the planning we should really be doing in Advent. Namely, planning for the coming of Christ. To Christians, Advent is not just about getting ready to celebrate the birth of Jesus 2000 years ago. We are preparing for Jesus to come again at the end of time, and we are preparing to welcome Him more fully into our lives now. I am putting together a list of short reflections on the Gospel readings for each day of Advent, with a geeky twist. Each reflection will also have a quote from some geeky book, movie, or TV show, that relates in some way to the Gospel reading for that day. I'm no theologian or mystic, so don't expect some profound revelation every day. My hope is that these daily posts will provide a reminder - either in your Facebook feed or your email inbox - to take a
Post a Comment
Read more 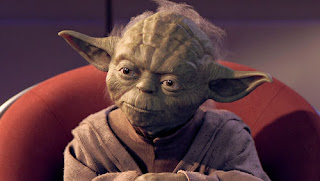 The Star Wars universe is vast. The official continuity includes 10 films (and counting), 4 television series that have either aired or are in development, and a host of books and comic books. There are all kinds of topics of discussion, whether it be the nature of the Force, the political machinations of the various factions, the motivations of characters, and all the different monsters, aliens, weapons, and ships in that galaxy far, far away. From time to time I'd like to take a look at just one aspect of the Star Wars universe, and offer my take. Welcome to Random Star Wars Thoughts. The Prophecy of the Chosen One The Phantom Menace introduced us to a new way of looking at the Force. The Jedi Council referred to a prophecy of a Chosen One who would bring balance to the Force. Up until that point, we knew that there was a Dark Side and a Light Side of the Force, but we had never heard anything about a balance. There are all kinds of questions about this prophecy. What is th
Post a Comment
Read more
More posts