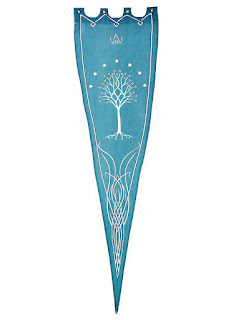 Highlight (from the Sequence): "Christ indeed from death is risen, our new life obtaining. Have mercy, victor King, ever reigning."

Reflection: I'm not exaggerating when I say that the resurrection of Jesus Christ is the single most important thing that has ever happened in human history. St. Paul says in 1 Corinthians 15:17 that "if Christ has not been raised, your faith is futile and you are still in your sins." But how many of us take the resurrection for granted? If you've known since childhood that Jesus rose from the dead, it might not seem as amazing anymore. Easter Sunday following after Good Friday becomes just as natural as day following night.

Perhaps we can better understand Easter's significance if we try to look at it from the perspective of someone who didn't know it was coming. To the apostles, the death of Jesus on Good Friday must have been unimaginably tragic. It wasn't just the death of their friend and teacher; it would have seemed like the utter defeat of goodness. When Jesus - the Son of God - died, if you didn't know he was going to rise from the dead, then Satan won. Evil was more powerful than goodness. Mankind would forever be enslaved by their sins.

But with his resurrection, Jesus turned everything around. He showed us that what seemed to be his ultimate defeat was actually a glorious victory. There is no better word to describe it than "eucatastrophe." Long-time readers of GeekyCatholicDad might remember my post from Christmas of 2016 that eucatastrophe is a term coined by J.R.R. Tolkien to describe a story's "sudden joyous turn," "a sudden and miraculous grace, never to be counted on to recur," which "pierces you with a joy that brings tears." Jesus, when we were in the depths of despair - when it seemed that sin and death were the strongest forces in the world - rose from the grave, demonstrating that he had conquered these dark forces. Easter, then, is the intersection of the lowest and highest points of human history.

Even with this intellectual understanding of what Easter means, I still sometimes struggle to emotionally connect with it. That's why it's important to know how the general impact of Easter (the salvation of mankind) applies to me personally. And nowhere is that clearer to me than in the Sacrament of Reconciliation. There are few feelings in life better than when - after having to confess my sins out loud and come face to face with my failings - I hear the words of absolution and know that God has forgiven me. It really does pierce me with a joy that brings tears.

Geeky Quote: "'Thus we meet again, though all the hosts of Mordor lay between us,' said Aragorn. 'Did I not say so at the Hornburg?' 'So you spoke,' said Éomer, 'but hope oft deceives, and I knew not then that you were a man foresighted. Yet twice blessed is help unlooked for, and never was a meeting of friends more joyful.' And they clasped hand in hand. 'Nor indeed more timely,' said Éomer. 'You come none too soon, my friend. Much loss and sorrow has befallen us.'" - The Return of the King